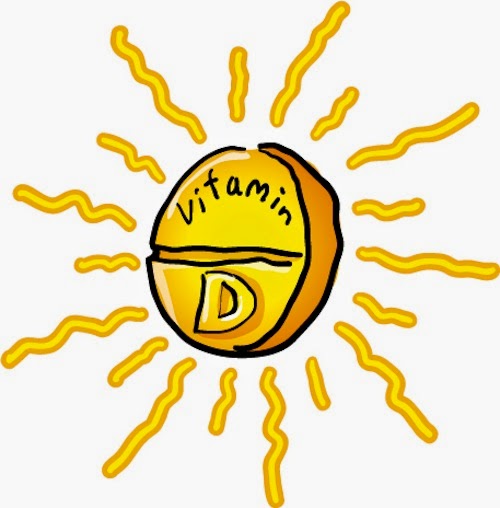 I just recently went to get a checkup and had my blood work done. One result that showed up on my results, that I did not expect to hear,  I was critically low in vitamin D. I was completely shocked. I mean I live in Florida for goodness sakes-the Sunshine state!!

Vitamin D deficiency is dangerous. It can cause all types of Health problems that can lead to some very serious illnesses. Most of us get our Vitamin D from the sun. If you are not getting 15-20 minutes of unprotected sun per day, you are probably deficient in vitamin D. If you don't have plans to get some blood work done anytime soon, go ahead and get some plant based vitamin D supplements and start taking them. My doctor has me on 5,000 units a day. 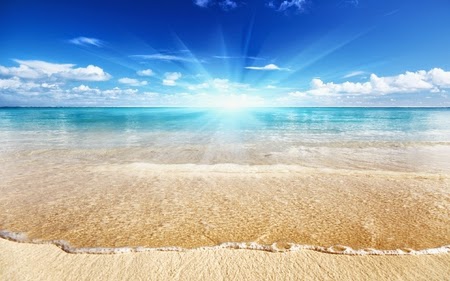 I ran across an article from Natural News when I was researching information to help me understand the importance of this particular vitamin. Here is some vital information.

NaturalNews
Imagine a line stretching across the U.S. from Philadelphia in the East to just north of San Francisco in the West. That's about 40 degrees latitude. If you live north of that line, chances are, you're not getting enough vitamin D. And even if you live in the more southerly latitudes, if you're not getting outside to enjoy the sunshine for at least 15 minutes each day, it's pretty likely you're not getting enough D either. Likewise if you're dark-skinned, overweight or older.
That's because most of us get our D vitamins through sun exposure. When exposed to the UV rays of the sun, compounds in the skin work to convert chemicals into vitamin D. People in more northern latitudes are seasonally limited to the amount of sun they receive, and for those who have dark skin or who are older, the skin isn't as efficient at converting sunlight to vitamin D.
Vitamin D is different from other vitamins because it's available in only a few foods -- mostly fatty fish and mushrooms that have been exposed to UV rays. As a result, vitamin D supplementation is typically the best way for most people today to ensure that they get enough of the vitamin.
Until just a few decades ago, vitamin D's effects were largely believed to be solely related to healthy bones. Researchers understood that vitamin D helps the body absorb calcium, which is essential for healthy bone development. But more recently, evidence has surfaced that's shown there's much more to this vitamin than originally believed.

Multiple studies have shown that the risk of fractures, especially among older people, is significantly higher when vitamin D levels are low. In a summary of evidence found in 12 studies, researchers determined that taking vitamin D supplements reduced hip and other non-spinal fractures by 20 percent. (1)
And another study found that, among an older population, vitamin D's muscle-strengthening powers helped decrease the risk of falls -- a common cause of disability and death -- by nearly 20 percent. (2)

Just like bone and muscle cells, heart cells also have special receptors that attract and bind vitamin D. No surprise, since the heart itself is a type of muscle. Multiple studies have found that vitamin D deficiency contributes to heart disease, although the reasons why aren't clearly understood. Many researchers believe that it's because vitamin D can help prevent three of the most common diseases that contribute to heart disease -- high blood pressure, atherosclerosis (hardening of the arteries) and diabetes.

To date, studies have shown a strong link between low levels of vitamin D and the development of colorectal cancers, but more studies are being conducted to learn how the vitamin may play a role in the development and prevention of other cancers, including breast and prostate cancers.

Studies conducted during the past decade have shown that low levels of vitamin D play a role in the development of kidney disease, but as recently as last year, researchers learned that monitoring the levels of the vitamin can actually help identify the disease in its earliest stages before significant kidney damage occurs. According to the results of that study, people with deficient levels of vitamin D were two times as likely to have protein in their urine -- a condition known as proteinuria, one of the earliest signs of kidney damage. (3)

Low levels of vitamin D have been shown to contribute to tuberculosis, multiple sclerosis, flu and even the common cold. It's also been associated with type I diabetes, the type of diabetes that's related to the immune system and begins almost exclusively in childhood. Low levels of vitamin D have also been associated with type II diabetes, which usually occurs in adults over the age of 40 and is not associated with the immune system. Most researchers believe that the vitamin's ability to ward off inflammation is at the root of its immune-boosting abilities. (4)
Studies indicate that about 1 billion people worldwide are deficient in vitamin D. (5) Especially in recent years, vitamin D's role in preventing a host of diseases is becoming more clearly understood. Multiple studies are underway to explain these roles, but one thing is clear: Getting enough vitamin D is vitally important to maintaining good health. Since getting enough of the vitamin can be so difficult, taking a supplement is the best way to enjoy its benefits. 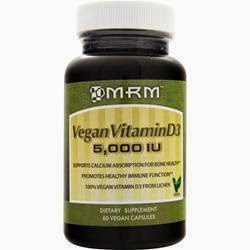 Also vitamin D has to be present in our body to be able to absorb calcium.

So as you can see from the article we need to make sure our vitamin D levels are where where they need to be.

Make this matter a priority and get on the right track with Vitamin D!


Until next time,
Jan
www.realrawbeauty.com